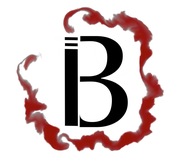 Get exclusive articles, extended cuts, and member-only episodes of 'In The Kitchen' - uncensored, unfiltered.
Interested? Want to learn more about the community?

Sofia Carbone@sofiaicarbone
January 12, 2022
In The Kitchen, Episode One: Feminism Sucks.

In the first episode of Bucalupo's new podcast, Sofia Carbone discussed one of her favorite topics: how terrible feminism is. She discusses marriage, women's suffrage, the #MeToo movement, and more in the 15-minute premiere.

Sofia Carbone discusses how individuals and groups that parade around claiming they are the 'counter-culture' are really just facets of the mainstream narrative. She explains how individuality has helped cultures thrive, and that one's identity should not be determined by groupthink.

Bucalupo is a politics, culture, & news site edited by Sofia Carbone. We cover international news, with a focus on the United States & Italy.

We also have just launched a podcast hosted by Sofia Carbone called 'In the Kitchen', where she breaks down social issues and news.

After years of working in conservative media, Sofia noticed conservatives were not losing the culture war - they straight up weren't fighting it. Tired of stuffy politics, poorly tailored suits, and proper decorum, she decided to start Bucalupo and In The Kitchen in an attempt to ignite the cultural flame in conservatism.

At Bucalupo, we want to provide you with entertaining, thought-provoking, and informational content. & to keep the content unfiltered, we stay away from big business. Unfortunately, that means a lack of resources. Thus we turn to y'all.

By subscribing, y'all are helping us keep on keeping on. As a thank you, subscribers get access to exclusive articles, hot takes, behind the scenes footage, ...

I'm super excited to start posting some recipes & behind the scenes videos this afternoon for supporters of our community! Let me know in the comments what kind of content y'all want to see.

Thank y'all for your support:)

Powered by Locals
About Community
Bucalupo
8 Members
Don’t have a Locals account yet? SIGN UP
I’m already a member Log in
Please keep this window open while your file is uploading...